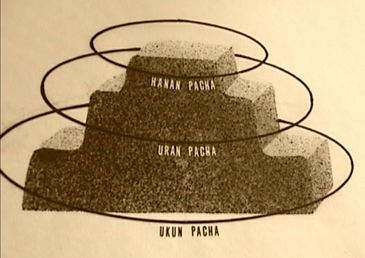 Mind over Matter might have been possible to greater proportions in ancient times than nowadays.​ ​

In the book The Geological Evidence of the Antiquity of Man by Sir Charles Lyell from 1863 it seems to have been the first time that this exact phrase ''mind over matter'' was used. In this book the phrase refers to "the increasing status and evolutionary growth of the minds of animals and man throughout Earth history" .

But there are many indications from several sources over the world that Human Beings had more control over external situations and over matter in general, than in our times. For example, citing Selbie and Steinmetz (oct. 2010) when they talk about advanced knowledge and consciousness of man in the past: : " The explanation is that man had more advanced consciousness in the past than he now possesses, and that it was this advanced consciousness, natural to man, that enabled him to develop advanced knowledge on his own without need for alien intervention or serendipit."
See http://www.grahamhancock.com/forum/SelbieJ1.php?p=1 .

Different ages or "Yugas" as described in the Vedas, show an idea of the succession of ages of diminishing awareness. The highest age in the Hindu tradition, the Satya Yuga (or the Krita Yuga), include extreme longevity, the ability to fly, awareness of worlds more  subtle than the physical, telepathic communication and other “psychic” powers, transcendence of the limitations of form, space and time, and conscious unity with all life, and living very simple with all needs supplied by nature (David Steinmetz, oct. 2010).

Michael Cremo, famous for his book Forbidden Archeology, also wrote a book about this concept, called  'Human Devolution, a vedic alternative to Darwin's theory': "We do not evolve up from matter; rather we devolve, or come down, from the level of pure consciousness. Originally, we are pure units of consciousness existing in harmonious connection with the supreme conscious being. When we give up our willing connection with that supreme conscious being, we descend to regions of the cosmos dominated by the subtle and gross material energies, mind and matter."  See: http://www.humandevolution.com/hdintro.html

Antoine Gigal, in her article: Egypt before the pharaohs, says: ".....very advanced people arrived in Egypt at prehistoric times and suddenly brought all the knowledge. Following this widely held belief many authors, including the prolific Zecharia Sitchin (thinking that it referred to the Annunaki who had arrived first in Sumer), thought and wrote that this advance was due to the sudden arrival of beings from elsewhere, some kind of extraterrestrials." In the same article she also speaks about the "Unimaginably Long Reigns", about a lineage of gods who reigned each one for several hundreds of years.
See: http://www.gigalresearch.com/uk/publications-pharaohs.php

The literal interpretation of the different worlds of the Andean Cosmogony, done by the Peruvian Alfredo Gamarra, has interesting similarities with the concepts mentioned above. In the first world, called Hanan Pacha or ''Heaven above", people could live almost eternally and had more capacities than we, especially mentally speaking. Humanity did not know fatigue, stature of man was about 4m.20, man was able to fly without having wings, all this, said Alfredo, because of the small amount of gravity. Man was also able to amass stone and used a molding technology, under high temperatures. Nowadays this can be recognized in monolithic structures, in which vitrification is present. In this time the anatomic structure of the human being was cartilaginous, as a result of the smaller atmospheric pressure. Alfredo Gamarra related this time to the first and underlying construction style of many sacred monuments all over the world, as are the Great Pyramid, Malta, Stonehenge, the Temple Mount. The location where  this construction style exists relatively more, is near his own hometown Cusco, Peru, in the vestiges that are normally considered as Inca. For Alfredo it was the mayor reason to think that Cusco, not only for the Inca's, but also in very ancient times, really was the navel of the world.

The style of Hanan Pacha is completely different than present day construction styles, it has a strange look, as if it was constructed in a different world than ours, reason why some relate this style to extraterrestian influences. But Alfredo Gamarra came with a surprising interpretation: physical circumstances were different in those times and were the reason that this was easy to do in the rock (rock was moldable), the reason that people could live longer, as the force that makes us tired and old, gravity, had much less influence. For more info about  the ideas of late Alfredo Gamarra and that of his son Jesús Gamarra, who is continuing his work, see my website: www.ancient-mysteries-explained.com , or Jesús Gamarra's book "Parawayso", which hopefully soon will be translated to English.

Now what personally fascinates me, is that not only physically (I mean speaking in biological/ geological/physics terms), but also spiritually and mentally this different circumstances seem to have had a great influence on the human being. My interpretation, based on the way of thinking of Alfredo Gamarra, is the following: presently, due to a world with more gravity and more density of all the materials, it is more difficult for us to have access to the "Field". With the Field I mean the term used by Lynn McTaggart in her book with the same name.  See: www.theintentionexperiment.com/the-field-book , and featured in Dan Brown’s New Book – The Lost Symbol: “…human consciousness, as Noetic  author Lynne McTaggart described it, was a substance outside the confines of  the body. A highly ordered energy capable of changing the physical world."  The Field in this sense, is 'The interconnected universe', were everything and everyone is connected.

The reason and cause of less interconnection and a life of separation and isolation of present day man, is especially because of the circumstances of more gravity and density. Theorizing in this way, what I mean to say is that in the past with less gravity, it was easier to have contact with The Field. Meaning that more telepathic capacities, easier access to common knowledge, and more immediate results of intention were possible. Lynn McTaggart presently tries to proof the effect of human intention with her intention experiments, as she is convinced that we do have the capacity to make our own future and have influence with our thoughts, on matter. The density/ gravity situation, to my opinion, is what it makes so difficult to see a fast effect of our intentions in our days. It was much easier for the ancient to to do things like that. Potentially, we still have the capacity, but our  problem is that we do have a reduced consciousness about it.

We entered in a state of amnesia that made us forget who we were before. See Graham Hancock's books "Fingerprints of the Gods", in which he talks about a species with amnesia after a disaster, and his book "Supernatural", where he describes that we only seem to have access to other dimensions and realities (parallel worlds), in altered states of consciousness. They surround us all the time, but we are normally not able to access there without special methods as drugs or meditation. It seems that some circumstances brought us in this state of amnesia, and that connecting to the common 'source', 'The Field', became a lot  more difficult.

So, resuming, advanced consciousness in the past, where ancient people seem to have had much more 'mind over matter', we see described in different ways and from different sources. The interpretations based on the Yugas, and the information from Egypt and from Peru, have many similarities and are very interesting. These ancient worlds might really have existed and  the charachteristics of human beings living in them could have been true, also because of the special and different physical circumstances.